Warner Park Sporting Complex is an athletic facility in Basseterre, St. Kitts, St. Kitts and Nevis. It includes the Warner Park Stadium, which was one of the hosts for the 2007 Cricket World Cup. It is named after Sir Thomas Warner, the explorer who established the first English colony on St. Kitts. The eastern segment contains the cricket pitch, pavilion, media centre and seating for 4,000 which can be increased with temporary stands to 10,000 for major events. The stadium was largely financed by Taiwan with donations totalling $2.74 million. The total project cost US$12 million, half for the cricket stadium and half for the football facilities. 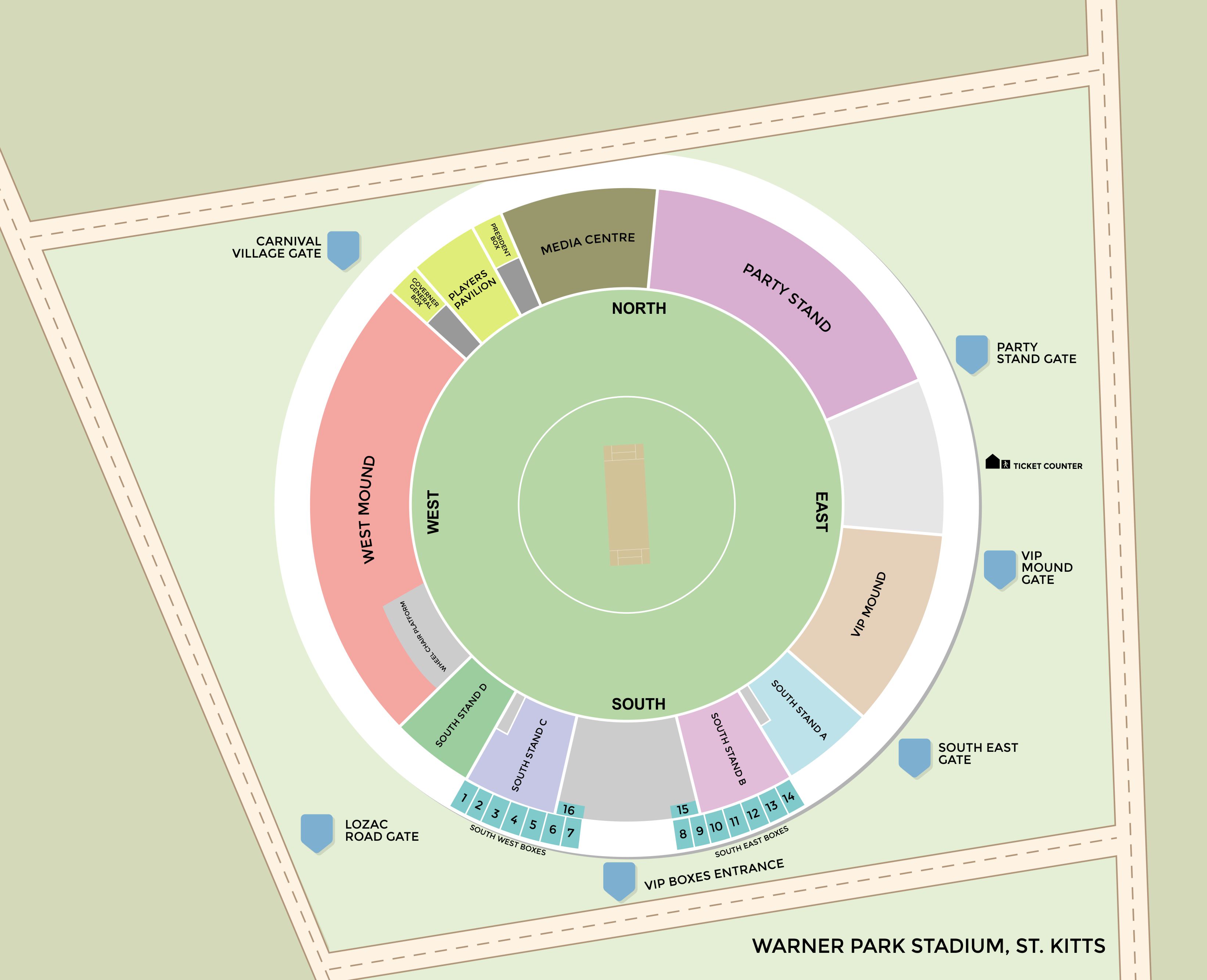 Cardholder should be present with the card used at the time of booking at the counter to collect the tickets. * In case the card holder is not present, the ticket holder should carry a photocopy of the card along with an authorization letter.

You will receive an e-receipt by email that has to be shown at the counter to collect your actual tickets.

By buying this ticket I agree to the Terms & Conditions for Ticket Booking & Delivery.
Go back

Pickup is not available !

Home Delivery
Subscribe here with your details to become a fan and receive further updates from the Club.
Skip

A world of Entertainment Awaits.

Want to rate and review movies you've watched?
All you need to do is sign up!

Want to be a part of the Awesomeness?

Be a part of an Entertainment Extravaganza

Don't worry, we've all been there.

We can help! All you need to do is enter your email ID and follow the instructions!

A world of Entertainment Awaits.

Want to rate and review movies you've watched?
All you need to do is sign up!

No worries, just enter the info you gave while booking & we'll resend it in a jiffy!

Never miss an update from us!

Your Response has been received successfully.

We will get back to you shortly.

There seems to be some problem sending the request.

Select a valid category
“I have a good faith belief that the use of the material in the manner complained of is not authorized by the copyright owner, its agent, or the law.” AND “The information in this notification is accurate, and I am the owner, or an agent authorized to act on behalf of the owner, of an exclusive right that is allegedly infringed.”

Thank you for your valuable input!
Do you want to report anything else? Report

PICK YOUR STATE
YOUR RATING
0.5

Minimum Characters: 140
SUCCESS!
Congratulations! Your Experience has been succsessfully published
All you need to do is share it with world!

Whoa! Something is not right.

Whoa! Something is not right.

Your tickets are waiting to be Booked!

Oops you have exceeded order limit.

You will soon be redirected to our partners's site.
(In case your browser is blocking pop-ups, click here.)
Movie Trailers
Coming Soon Now Showing
All Genres
All Languages
Fresh